Celebrating the Food & Culture of Japan with Ming Tsai 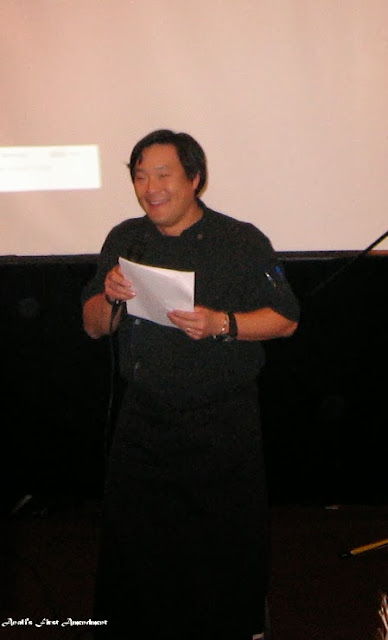 When I look back at 2013, one of the bright spots will definitely be my visit to Ming Tsai's restaurant Blue Ginger and seeing Ming in person.

If you take a look around this blog, you'll see that Ming Tsai is one of my favorite chefs. I love his show Simply Ming and when my Dinner Club cooked several of his recipes, we all had only good things to say about the food and his recipes. I especially love his desserts! 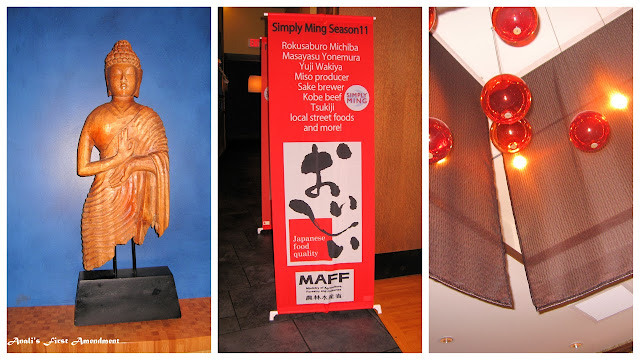 So several weeks ago, when I received an invitation to attend a cocktail party and press event at Blue Ginger, I literally screamed out loud. Really. Not exaggerating folks. Happiness and joy! Ahem....

The Ministry of Agriculture, Forestry, and Fisheries of Japan (MAFF) invited several media outlets to Japan to experience their unique food culture and share their experiences with an American audience. Ming Tsai went to Japan for a week and filmed several shows for Season 11 of Simply Ming for his "On the Road: Japan" series.

I haven't had a chance to see any of the shows yet, but I'm looking forward to it. The series is running now on your local PBS station.

It was so cool to see Ming in person. He's just like he is on TV! He is so enthusiastic about food and cooking. Loves what he does and literally declared that he has the best job in the world. Can I tell you that his smile lights up the room? I guess I just did.

He also declared his love and utmost respect for Japanese cuisine. He spoke about the art of Japanese food and how no other cuisine comes even close to being so precise and well-crafted in its preparation and time taken. He reminded me of another event that I attended focused on Japanese food where similar things were said.

We also learned about the term Washoku, which is "a social practice based on a set of skills, knowledge, practice and traditions related to the production, processing, preparation and consumption of food."  You can watch this video to learn more about Washouku.

Just last week, Washoku was inscribed to the Representative List of the Intangible Cultural Heritage of Humanity. 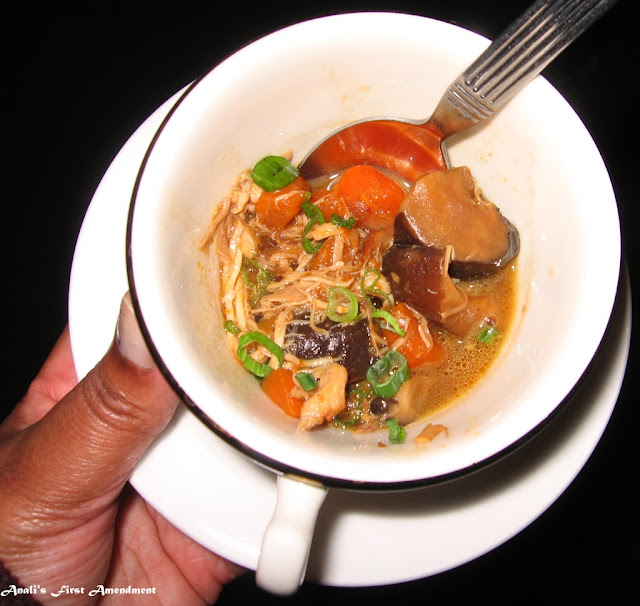 Fusion cooking is one of my favorite things and Ming Tsai is known for his East-West fusion style of cooking. But he did note that there needs to be a certain respect and understanding of food, before you start combining things. Some things shouldn't necessarily be combined, just because you can.

Besides learning about his trip to Japan and his take on food, we got to sample some as well. More happiness and joy! Above is his Miso-Sake Coq au Vin.

There were several sakes that we had a chance to taste and we were given a bottle of Bunny sparkling sake to take home. Everything was so good and makes me want to return to Blue Ginger and finally get to Blue Dragon! Can't wait! 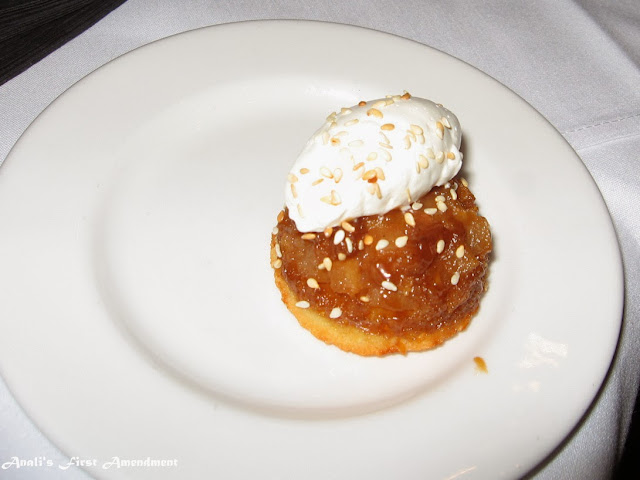 Another wonderful thing was that there was dessert! Toasted Sesame Pear Tea Cake. Oh. My. God. I wish I could have eaten four. But that would have been very rude.

After baking the Coconut Molasses Cake for the Dinner Club, I was really looking forward to dessert and was not disappointed. As a matter of fact, I'm working on another one of his desserts for my Desserts With Borders series. I made it once, but it needs a bit more refining. Hopefully, I'll have that up for you soon!

+ + +
Disclosure: Food and sake were provided complimentary. Thank you!