The Summer of #MarketBasket 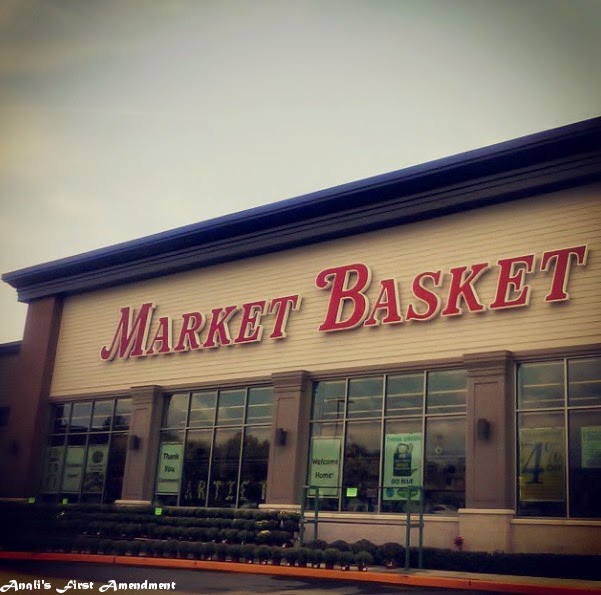 The way things work out can be almost magical sometimes. Especially here in Massachusetts.

Or maybe it isn't magical. Instead, maybe it's a lot of hard work and sacrifice by a group of people who refuse to accept no as an answer. Whatever the cost.

Even so, sometimes the real world ending changes the way Hollywood writes it. To make it even more fantastic.

Remember how the movie Fever Pitch had to change their planned ending because in 2004, the Red Sox ended up breaking the curse and winning their first World Series in 86 years? Well, here we are again. Almost Labor Day. Which is quite symbolic itself. It took just over 40 days and 40 nights for the Market Basket saga to end. But it ended last night. And the workers won! 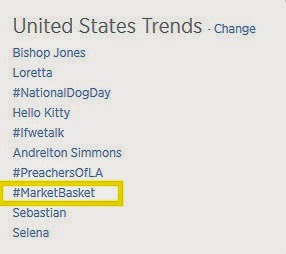 Ironically, there was already a documentary film in the works about Market Basket called Arthur vs. Arthur when everything started this summer.

However, the Kickstarter campaign by Jay B. Childs did not raise enough money as of the deadline, just a few days ago. I'm not sure if this is the movie that will be made, but someone is going to make a movie.

Arthur T., the former CEO of Market Basket, struck a deal to buy the Market Basket chain in a $1.5 billion dollar sale to the Arthur S. side of the family.

As of today, he is back in charge and the workers are back in the stores! Customers are back too. I will be going out of my way to shop at Market Basket and be part of a larger effort of consumers to help them recoup the money that was lost.

After all, this is the type of company that we all want to support. Workers are valued and treated with respect. We need more of that in this country. This successful worker action by Market Basket employees has given me a glimmer of hope that corporate America can do better. Maybe it will do better.

It was not long after the 4th of July when the employees decided to rise up. Also, I had just watched the John Adams mini-series on DVD. In my opinion, what the Market Basket workers have done is truly revolutionary and echoes back to the spirit of the early Patriots.

They were brave and sacrificed for a cause that they believed in. They suffered and their families suffered. They didn't know how it would end, but knew there was no turning back from what they started. It was an experiment and it worked.

When Time Magazine chooses their Person of the Year for 2014, I hope they remember the Market Basket workers.

*Updated 9/2/2014* This post was updated with my photo of the West Bridgewater Market Basket above. That store is fairly new as I had blogged before. I did my shopping there today. Although it's Tuesday, it was as crowded as a Saturday afternoon! Business was good and the store was mostly very well stocked. A few empty shelves, but they were all being actively stocked. I found a few new brands and definitely saved a lot of money for all that I purchased. Although it was a bit of a drive, it was worth the trip.

Nance said…
Lisa--You and I have chatted here before about the enormous politics of food. Our parents did a great job in making us realize that, even as very young children when we didn't eat fresh fruit for a time due to migrant workers being exploited.

Our dollars are our voice in so many ways, and we can be activists with our wallets. I applaud you for choosing to go out of your way to shop at Market Basket and support the brave efforts of the workers. Your last line is so important. I'm not on Twitter or Facebook, but maybe those who are can start a social media wave to start a campaign for Time to recognize the MB workers with that selection. You can lead the way, and I'll put a badge on my blog.