What Would Olivia Pope Do? #MarketBasket 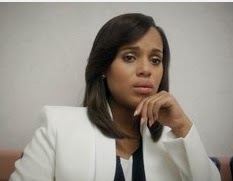 Since my first blog post about Market Basket on Monday, the drama has only increased.

As a devoted fan of Scandal, I can't help but picture an extremely concerned looking Olivia Pope being called to one of the homes of the new co-CEOs -- Felicia Thornton and James Gooch.

Based on an article by WBUR, one of the first things Pope would have her Gladiators start on would be getting the company its own website.

Yup! Until a few hours ago, a multi-billion dollar company with 25,000 employees did not have its own website. Hard to believe, but a devoted fan was operating a website on the domain MyDemoulas.com, which is now a Dot Net. Just this morning, Market Basket now officially has its own website.

While I've never been a crisis manager, I would think that the first thing to do would be to take control of the information that you can that is being put out about the company.

If this were an episode of Scandal, I would think there would be a press conference being called in the near future by the CEOs, because right now the workers have taken hold of the story and they have the support of most everyone.

From what I've read on a recent post on the Save Market Basket Facebook page, there is supposed to be a Board of Directors Meeting on Friday at the Prudential Center in Boston. Disclosure: I liked the page and I'm with the employees!

Another huge rally is planned for Friday in Tewksbury. Below is the text of the post.


On Friday, July 25, at 9am we will stage what we hope will be our biggest and final rally. We will meet at the same place, 10 Main Street, Tewksbury, to put the finishing touch on our week of protest and celebrate who and what we are. We are in the midst of what will most likely be the biggest and most important cause any of us will ever be a part of. The eyes of the nation are on us as we march forward with unwavering resolve to get ATD back in charge and put Market Basket back on track.

Our fight has been joined by tens of thousands. Associates, vendors, media, politicians and most importantly, our customers. We call on our customers to join us Friday and make this rally yours. Your participation in supporting us by boycotting Market Basket until this is seen through is the single most powerful weapon we have.

We ask that you continue to shop elsewhere and let your voices be heard both at the rally and in ASDs wallet!

If you'd like to understand more about the background of this story, Boston.com has a terrific infographic. The Gloucester Clam, has written a very informative and hilarious explanation Clamsplainer. See Part 1 and Part 2.

While there is certainly room for humor, this situation is serious. The livelihoods of thousands are on the line. In this economy especially, it doesn't get much more serious than that.

It's really brave to go out on a limb for something that you believe in when you have everything to lose. Just days ago, I finally saw the John Adams mini-series and thoughts of the American Revolution are fresh in my mind. It really is moving and I highly recommend it if you haven't seen it.

Yesterday, I was doing some errands and drove by Peacefield. It really is amazing to live in Quincy and think about the history. I could feel it in the air.