A Twilight Walk On Castle Island 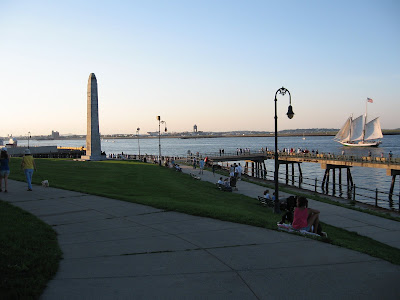 During the twilight hours on Sunday evening, G and I took a walk on Castle Island. 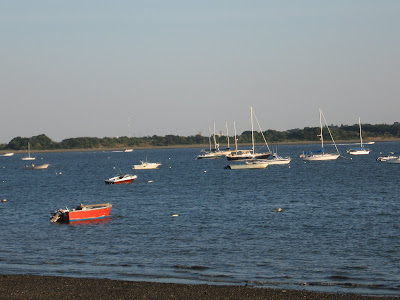 After having so much rain the previous few days, the weather finally cleared up and we figured it would be a nice time to visit.

Castle Island is located in South Boston, which is practically a walk from Quincy, but I had never been there.

It's also very close to Logan Airport, so there are planes flying overhead seemingly every two minutes. Some of them are flying pretty low too. 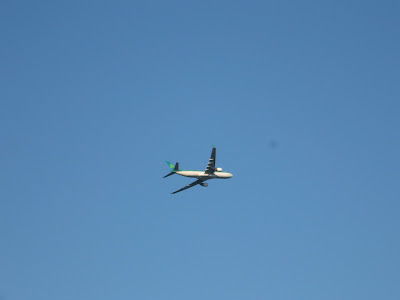 From Castle Island, you can also get a different view of the gas tank and the JFK Library. 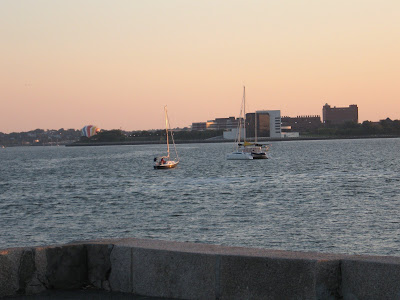 I cannot fully vouch for the validity of this Wikipedia entry, but it states that Edgar Allen Poe's famous short story "The Cask of Amontillado" had its genesis in a story he heard while on Castle Island. 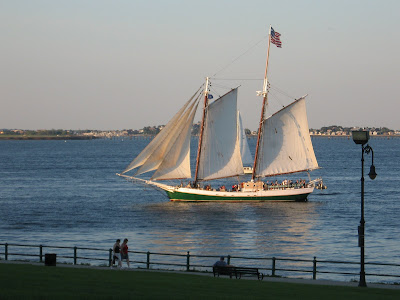 Poe is one of my favorite writers, so for me, this was quite an interesting piece of trivia. Luckily our walk was not as creepy as a Poe story, although things did take quite a bad turn later on.

As we walked, we enjoyed the sights and of course I took some pictures. The sun still gave us some light, but it had almost set by the time we left.

We were both famished after our walk and realized that neither of us had eaten any fried clams this whole summer season. Clearly, we had no choice but to drive to Wollaston Beach and buy some fried clams and French fries. Very unhealthy, but oh so tasty! 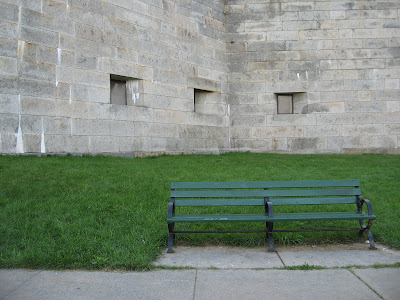 We really enjoyed our meal. Until a few hours later. I won't say where we made our purchase, but both of us were up for hours later that night clutching our stomachs in agony. Maybe Mr. Poe's influence was lurking around there after all.

Suldog said…
Castle Island is a gem. My Dad used to love to go there and take a nice walk, and I often accompanied him. Did you go out on "The Horseshoe", the part that extends into the water quite a ways? Very nice walk, that is.

By the way, Sullivan's (the little food stand there; no relation) serves excellent burgers and fries.

As far as Poe is concerned, I remember hearing that he served in the military, at Castle Island, when it was still a fort guarding the coast.
8/21/08, 10:09 AM

starry nights - It's so good to see you back blogging! I missed you!

suldog - It was great! We did walk the whole way around. I didn't know it was called "The Horseshoe" but that makes sense. We did go to the part where it extends to the water.

It looks so far when you look off in the distance, but while walking, the time seemed to pass so quickly. I didn't notice the food stand. Maybe we were there too late.
8/22/08, 9:21 AM

Unknown said…
Omg.. Sullivan's clam strips were the best, along with the french fries.

My mom always liked the Clam Box on Wollaston beach.. wonder if it is still there?

Lisa Johnson said…
bvigal - Welcome! It's getting close to that season again. I cannot wait!