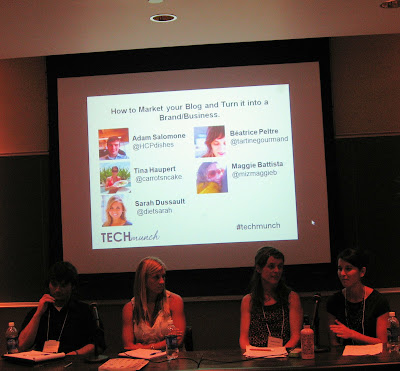 Last week I attended a one day food blogger conference called TECHmunch. It was held at the Boston University School of Hospitality.

TECHmunch holds food blogger conferences all across the country. They were in Austin in March, New York City in June, and they will be in Los Angeles in September.

Founded in 2010 by BakeSpace.com CEO and Founder Babette Pepaj, TECHmunch conferences take place all over the country, but feel very local. In Boston, many of the speakers were from the Boston area. In a recent post, I wrote about Nikki Gardner of Art and Lemons. She spoke at the conference and I had the chance to meet her.

I enjoyed the entire conference, so it's actually pretty difficult to say which session I enjoyed more. They were all very well done and had great information. One of the things that I don't like about a lot of conferences is that they have several sessions happening at once, so you end up missing out on many interesting speakers and panel discussions. 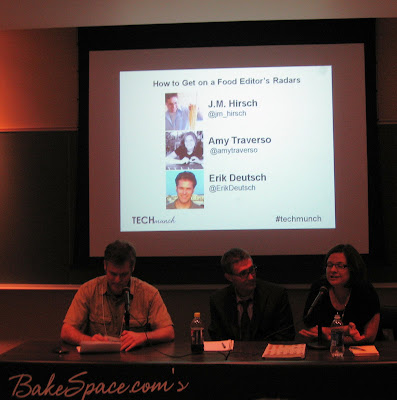 TECHmunch was really wonderful, because everyone got to see all the sessions. The space allowed us to have all the sessions in the same room, then move around during lunch and the breaks if we wanted. There was no rushing around feeling lost looking for the correct room. 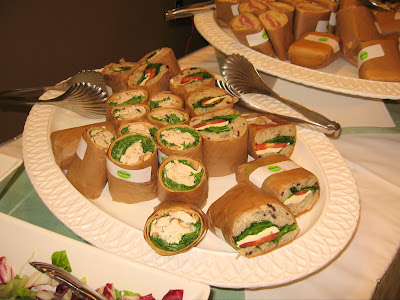 If you're a food blogger in the Los Angeles area, I definitely recommend reserving your ticket for September. At least for Boston, if you bought your ticket early, you got a nice discount. I would imagine that it's the same for all TECHmunch conferences.

And of course like most conferences, especially food blogging conferences, there were some nice treats. Several people won some highly coveted items, which I'm sure you can imagine.

Relyn Lawson said…
Yum! I’ve been a blogging slacker lately. Jeffrey and Sloane were gone for two weeks and I found myself completely absorbed by house projects; an unintentional blog break. Now we're on a long, long road trip. We’re in Arizona now and I have a bit of time on the computer – finally! I was having withdrawls from being away from my blogger buddies so long, I tell you. I hope your summer continues to be as wonderful as it sounds here. Love to you.
8/2/11, 11:41 PM