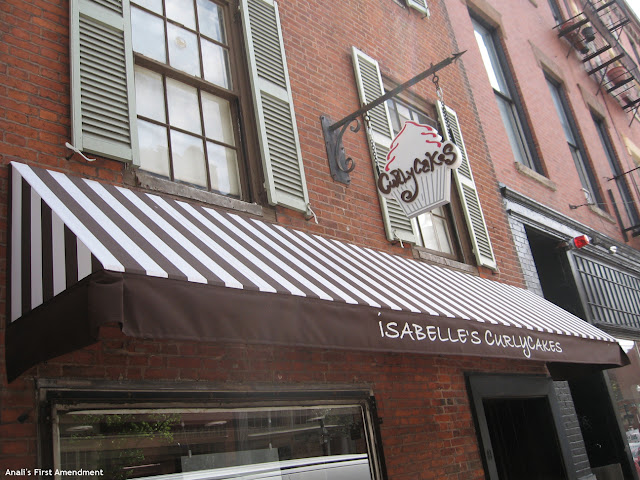 Continuing on from the last post, my photography class decided to go Isabelle's CurlyCakes on Charles Street for a cupcake break. We all took a few photos of the interior and the cupcakes. It's so cute! Perfectly located, because there's so much foot traffic in the area.

On the walk over, we passed by Figs and I took a picture of the scooter out front. I have a thing for scooters and am trying to take pictures of a scooter in every color. 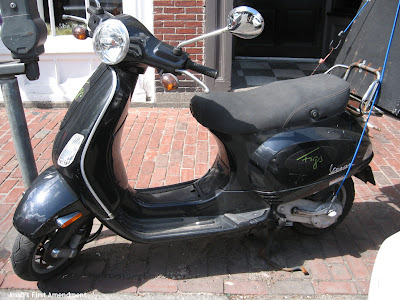 Figs is one of Todd English's many restaurants. From what I can tell, Todd English is the actual owner of Isabelle's CurlyCakes, but it's a project of his daughter Isabelle, who is still a teenager.

English is known for his restaurants all over the Boston area, but ironically I visited one of his restaurants, Olives, for the first time when I was in Las Vegas.

I've been to a few of his other restaurants here and really liked the food and ambience. But he has too many restaurants for me to keep up with them all. It seems like as soon as I visit one, I find out that another two or three opened up! I love to go out to eat, but I still mostly cook at home. I enjoy his television show, Food Trip as well.

Unfortunately, at least as much of the media tells it, English seems to be having many difficulties. So much so, that a recent article in Boston Magazine declared that "it's time to end this one-way relationship." Below is a bit more from the article titled, "Dear Todd English: It's Not Us. It's You."

"Basically, things aren’t working out the way we’d hoped. You’re simply not the chef we fell in love with back in 1984; in fact, we sometimes wonder whether you even like cooking anymore. After weighing the pros and cons, we’ve made a decision. We think it’s time we both went our separate ways. Started seeing other people. Hit that old Freedom Trail once and for all."

Ouch. The article is a bit harsh. There are quite a few comments and many come to his defense. But others are all for the break-up. Yeah. He does seem to have a quite few issues. But don't we all? Who am I to judge? The economy remains bad and right now, he's still employing at least a few people. 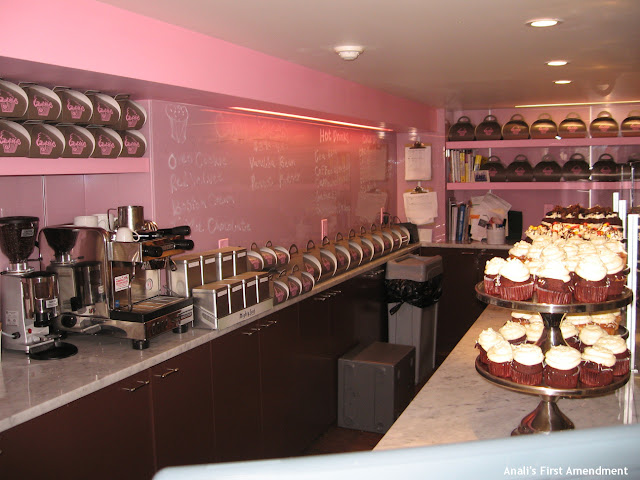 Now back to the cupcakes. Everyone seemed to really enjoy them and said that they'd come back. My cupcake? To be honest, it was less than moist, had very little filling, and I was a bit disappointed. Would I go back? Yes. If I were in the area to try another flavor. But as cute as these cupcakes are, I personally have tasted better.

To see the rest of the pictures from this trip, take a look on the Facebook page here. They're up! See here.