If you don't love Boston in the Springtime, you're not looking. 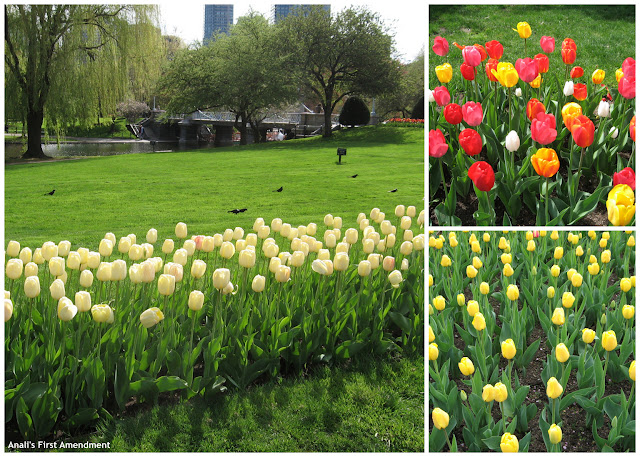 A few days ago, I gave you a sneak peek. After going through more than 300 pictures, here's a bit more.

Life list number #11 is complete! I took my first photography class! The class was a two day seminar called It's All About The Light, taught by Josephine Shields. It was so much fun! 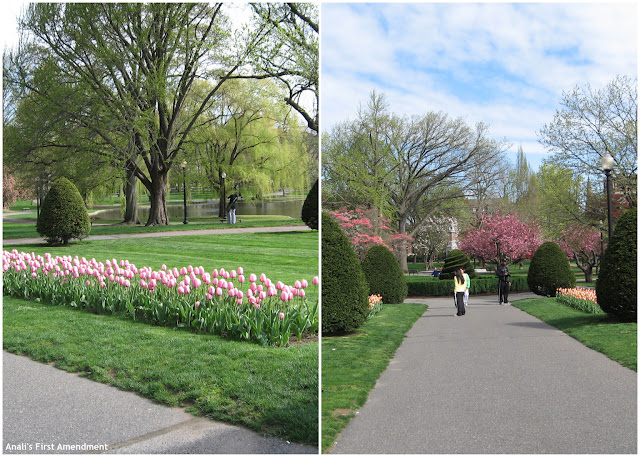 The first part was in the evening and we walked around taking pictures noticing the different light. I'll share those pictures soon, but the ones that I loved the most are from the next morning, when we walked around the Public Garden and Beacon Hill. 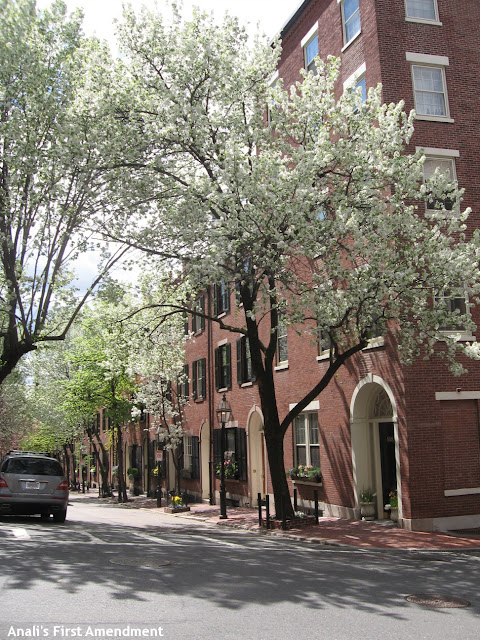 The weather wasn't quite what we expected either day. The sun kept going in and out. It was cloudy, then sunny. But maybe that gave us a better chance to catch little glimpses of light and shadow. 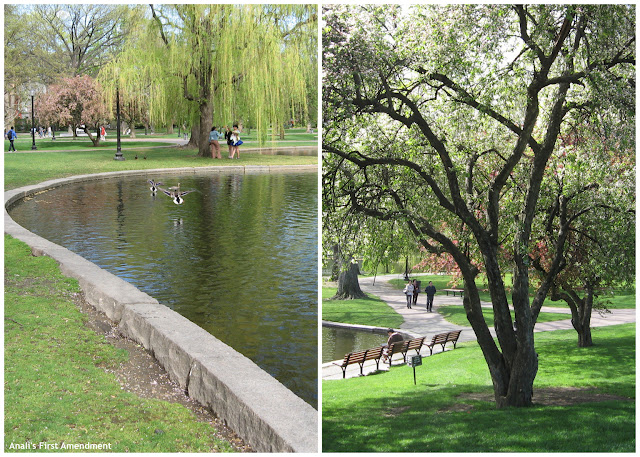 There were three other students in the class and they all had fancy cameras. Well, I worked with what I had. I mentioned to Josephine, the instructor, that I was feeling very limited by my camera, but didn't have the money to get the camera that I really want, the Canon Digital Rebel.

Josephine mentioned that a Holga might be a good camera for me. It's inexpensive and takes very interesting pictures, because of light leaks. It's a film camera, but after looking at some wonderful pictures, I'm feeling very excited to shop around and get my own. During class I got to try one and should have the developed film within a few weeks. 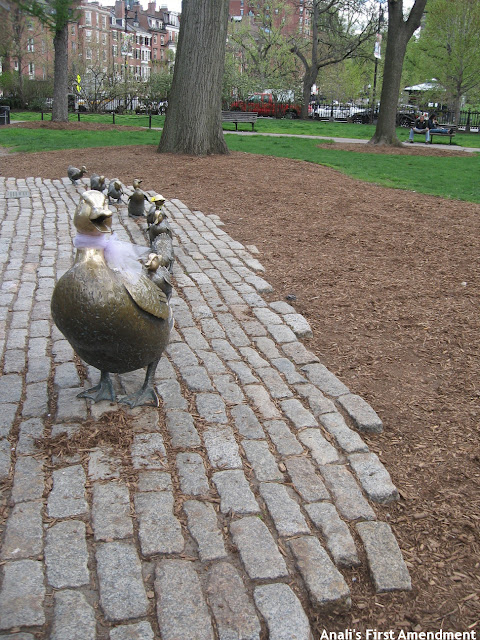 Earlier in the day, I told the class about Isabelle's CurlyCakes. The new cupcake shop on Charles Street run by Todd English's daughter.

So after we finished focusing on the light, our class searched for cupcakes. More soon!

Mosilager said…
It was so cold when I was there, it's great to see how pretty it is when it comes out of it. Lucky you for taking the photography class... I have yet to take one but one of these days I will.
5/6/11, 8:57 PM

Lisa Johnson said…
mosilager - And the summer looks different than the spring too, because the trees change again. As much as I don't like the cold weather, I do love seeing the seasons.

jenious said…
You capture the heart and beauty of our city in these lovely photos. Congrats on the class! And, I have a Diana F+, which is similar to the Holga. It's fun to shoot with, but I have yet to get the film developed, but I like the mystery of not knowing what the shots will look like...
5/10/11, 7:16 PM