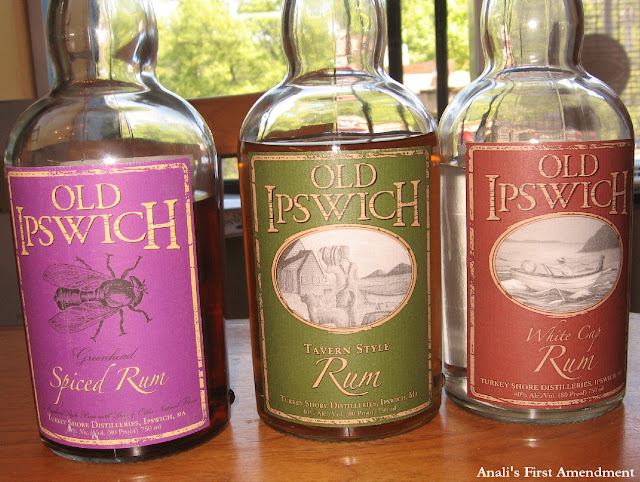 Remember I gave you a hint about a tour that I took? Finally the post is here!

This past winter I received an email asking if I'd be interested in taking a tour of Turkey Shore Distilleries. See rum being made? Umm. Yes!!

Immediately I thought of asking my father if he'd like to visit with me. Last year I blogged about a birthday cake that I baked for him. He wrote a guest post here too.

My father was a bartender many years ago, so he has always made the best drinks, punches, and cocktails for holidays and special occasions. I've learned a lot about mixing  drinks from him.

I thought that it would be quite fitting for us to get a chance to visit a rum distillery together. We don't do many father daughter outings. Usually it's the whole family that gets together, but I thought this might make for some quality father daughter time. So just shy of my father's 80th birthday in late May, we drove up to Ipswich and took the tour.

The day was sunny and one of the warmest of the season so far. Perfect driving weather. Also, I was looking forward to trying this rum. The creation of Turkey Shore Distilleries is truly a labor of love by childhood friends Mat Perry and Evan Parker.

Mat, the President and Founder, and Julie Cook, who I had been emailing with for several months both greeted us warmly and led us on a tour. The distilleries are a blend of the old and new and draw on the history of rum making in Massachusetts from the colonial days. That was news to me! I had always thought of rum being made in the south.Well, rum is made in the north and we were shown plenty of hospitality. 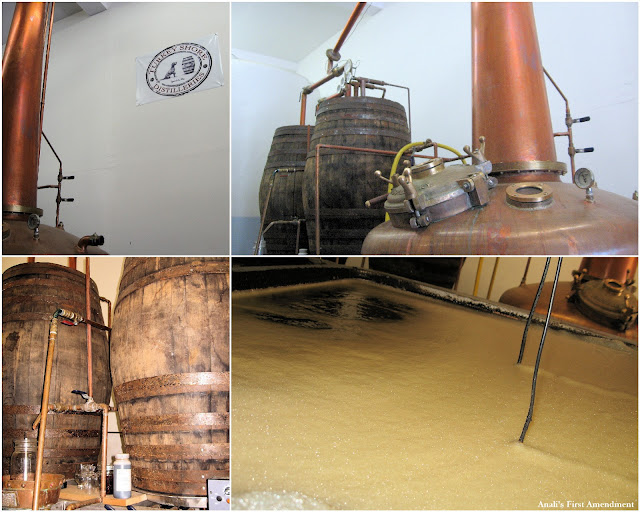 This micro-distillery is very small. Just about every inch of space is being used for something. They will soon be moving into a larger location nearby, so there will be a bit more room. It was surprising to me that as we moved through the rum distilling process, the scents were so distinct. The sweet smell of molasses swept over me when I entered the space. As we moved through, I smelled yeast. Then finally, I smelled rum.

While Turkey Shore Distilleries is a relatively new company, operating just since 2010, they are already receiving awards and acclaim. This past April they received three medals at the American Distilling Institute's 9th Annual Craft Distilling Conference & Vendor Expo. Their Old Ipswich Rum was named the 2012 Best Micro-Distilled Rum in America.

Personally I was very curious to try their new Greenhead Spiced Rum, which is steeped with green tea, lemongrass and spearmint. Usually when we hear about spiced rums, they are for the colder winter months and have the same types of spices, cinnamon, cloves, ginger. This was something very creative and different, which would be nice for making some cool summer cocktails. 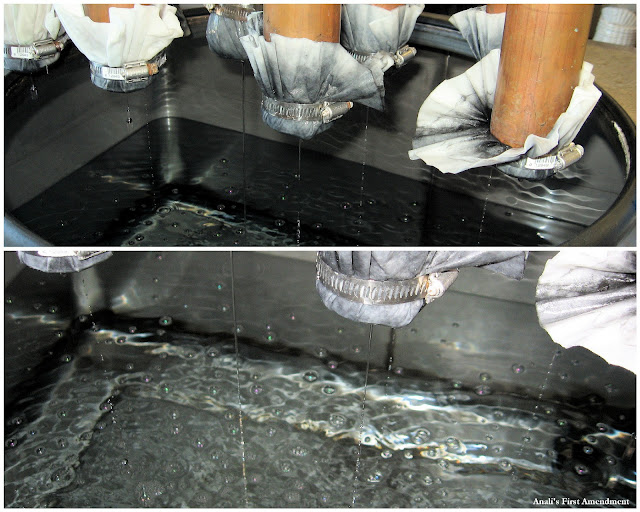 I like that these rums are handcrafted in small batches. You can find Old Ipswich Rums in liquor stores and restaurants in the Boston area and throughout Massachusetts.

In the picture above, as the rum dripped out, I had a chance to taste a few drops. It didn't burn. It was so smooth and pleasant. Then I drank a bit straight for our taste test. I never drink rum or any liquor straight, so I was a bit intimidated by the prospect. Then we had some mixed as a cocktail. Very nice! 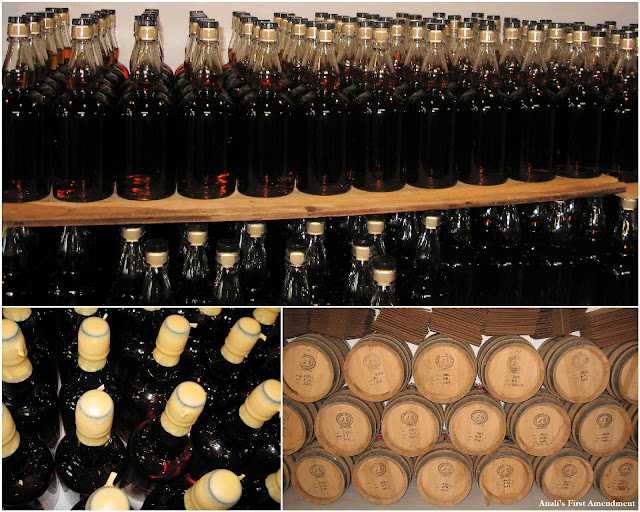 One thing that I found interesting as well was seeing the rows of bottles waiting to be labeled. The tops are sealed with wax. Mat said to look carefully and notice that there is no drip on the wax seal.

They carefully make sure that the wax seal is cut evenly and does not drip down the side of the bottle, because that wax seal drip is legally protected by another company.

He's right. I did a quick search and found a recent article about distilling trade dress law.  That dripping wax seal is protected and Jose Cuervo apparently found out the hard way.

Who knew that a rum distillery tour would end up teaching me some intellectual property law in the process?

So that was our tour. This post was supposed to be posted earlier today, but as many of you know, today was Father's Day. I could have posted earlier and not finished cooking dinner for my family, but that would not have made sense. So I give you my father daughter rum distillery adventure as a late gift for Father's Day.

I hope all you proud papas had a happy day today. I had a wonderful time with my family and seeing my Dad. Just recently he turned 80 years old, and with each passing year, I feel so blessed and lucky to be his daughter.

*Updated 9/26/2020* Sadly, it looks like Turkey Shore Distilleries has gone out of business. Links to their website were removed from this post, because it is now something else.