It's A Brand New Day 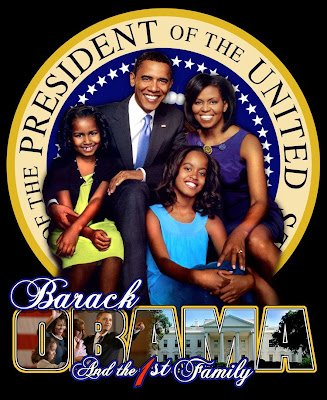 "We hold these truths to be self-evident, that all men are created equal, that they are endowed by their Creator with certain unalienable Rights, that among these are Life, Liberty and the pursuit of Happiness.--That to secure these rights, Governments are instituted among Men, deriving their just powers from the consent of the governed, --That whenever any Form of Government becomes destructive of these ends, it is the Right of the People to alter or to abolish it, and to institute new Government, laying its foundation on such principles and organizing its powers in such form, as to them shall seem most likely to effect their Safety and Happiness."

"Rosa sat so Martin could walk. Martin walked so Barack could run. Barack is running so our children can fly."

Unknown said…
Remarkable evening and election results. Your post is right on time...

Suldog said…
Here's hoping his presidency is filled with joy for our country. Not my choice, but now he's my president. God bless him.

Michael Leddy said…
I like that picture. I'm so excited about seeing this beautiful family in the White House.
11/6/08, 5:46 PM

Anonymous said…
I'm not American citizen, but i'm glad that Obama is the next US president...everyone across the globe is praying for these changes. Obama is just a truly global US president..Go Obama!
11/7/08, 12:06 AM

CapCity said…
Anali!!! Can't believe I didn't get by to give U celebratory cyber hug sooner! Gurl, I am STILL tired from celebrating on Tuesday nite. A GLORIOUS TIME TO BE ALIVE!!
11/7/08, 3:20 PM

Sharon shares said…
Now you've got me thinking of every song I've ever heard about flying....Fly Robin Fly, Fly Like An Eagle, I Want To Get Away...I Wanna Flyyyyyyyyyyyyyyy Away, Yeah, Yeah, Yeah!

rhea - Thank you!! I agree. They are such a wonderful family.

villager - Thanks for the visit and such sweet words!

Lisa Johnson said…
plez - It truly is a wonderful time for all Americans and the entire world!

suldog - I agree! God bless him!

nance - Yes! We are entering a new age for our country. An American Renaissance?

michael leddy - Inauguration day is going to be so exciting too!

capcity - A cyber hug right back to you!! This is such an exciting time to be alive! I feel like I'm only now starting to settle down a little bit from the enormity of it all.

aviana - That will be so amazing to be at the inauguration!

los angelista - I think it will take some time for us all to really get used to it all. It's such a huge event! There are almost no words.