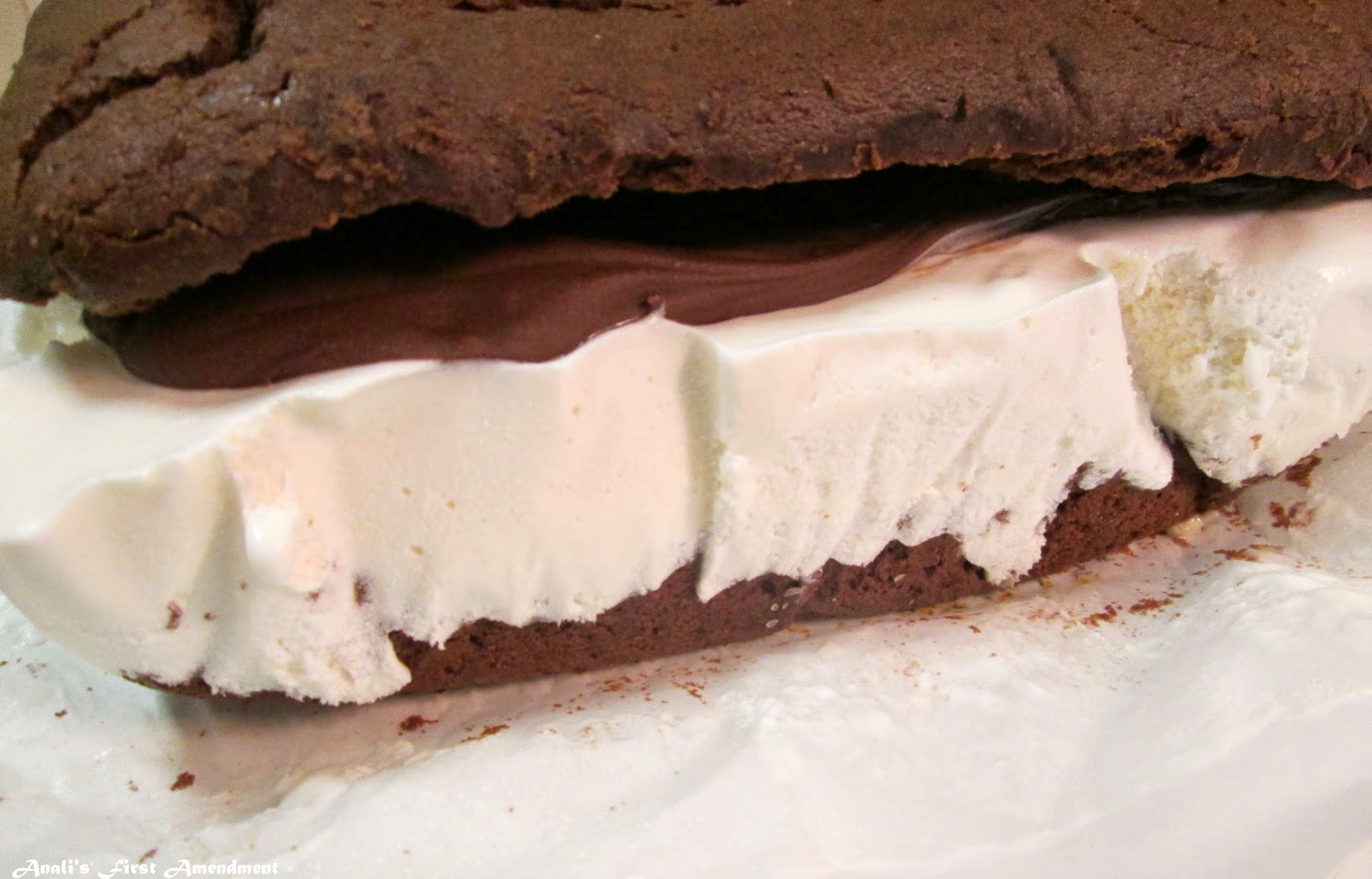 I was well aware of the day and month in advance, because one of my writing assignments was researching the legal issue of alcohol infused ice cream. Did you know that depending upon the state, you may need to be 21 in order to buy some of these frozen treats?

Since I am well over 21, a few years ago I created a recipe for Coconut Kahlua Ice Cream.

Last night I made my first homemade ice cream of the season. It's also my first time making an ice cream cake.

This picture above may look like a huge ice cream sandwich. Well, I guess it sort of is actually..... But actually, it's an ice cream cake in progress.

For the cake, I cut this chocolate cake recipe in half and baked the cake in a loaf pan in parchment paper. The timing was a bit different -- probably closer to 40 minutes baking time instead of 50. After letting the cake cool in the freezer, I cut it in half.

The ice cream recipe was a variation of the recipe that I mentioned above, but I ended up using 2 cups of coconut milk and about 1 cup of cream. I didn't use any alcohol in this ice cream. Since you need soft ice cream for ice cream cake, it worked out well having the ice cream in a soft consistency already.

I put half of the cut cake back in the pan (still with parchment paper). Then I spread most of the ice cream on top of the cake. I put that in the freezer for a few hours until more solid. Since I wanted something else in the cake, I spread Nutella (about 6 oz.) over the ice cream. Then I let that freeze overnight. I froze the other cake half as well.

Earlier this morning, I took the other cake half and put it on the top of the frozen cake ice cream Nutella combo. That is the picture above. Then I made an almond glaze. I didn't measure the ingredients, but used close to a stick of melted butter, pinch of salt, about 1/2 tsp. of both almond extract and vanilla extract, about 2 T of almond milk and maybe 2 cups of powdered sugar. I stirred it all together until it was smooth and a bit on the drippy side. Then I slathered it over the top of the cake and tried to smooth it on the sides.

I took some pictures at this stage, but it doesn't look great, so I'm not using them. The cake is in the freezer again and I'm taking it to a family brunch in a little while. Hopefully it will stay frozen on the drive over!

I'll take some pictures again when we cut the cake and probably share them on Instagram, which I've been using a lot lately. I'll probably update this post with pictures too! 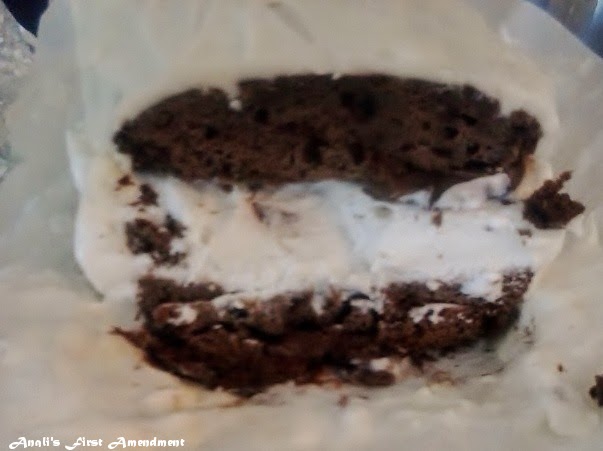 Enjoy the rest of your weekend!

*Updated 7/21/2014* Above is the finished picture. The cake was delicious, but the layer of Nutella froze very hard making the cake very difficult to cut and causing the ice cream to squeeze out the sides. Some changes will be made next time. : )