*Updated 5/15/2014* Click here for the update and links to the smellwalk radio broadcast!


It turns out that Boston smells like many different things. As I mentioned before, tonight I went on a smellwalk in Boston. It was so much fun! Sensory Researcher Kate McLean lead the walk and guided our noses. Also, I finally met my namesake, who is a longtime friend of Kate's. We've tweeted before, but never met in person. She's very nice and keeping up our good name!

Friend and fellow food blogger, Karen Zgoda aka Fussy Eater snapped the photo above of Kate in action. Who else but people on a smelling tour would voluntarily be sniffing trash? 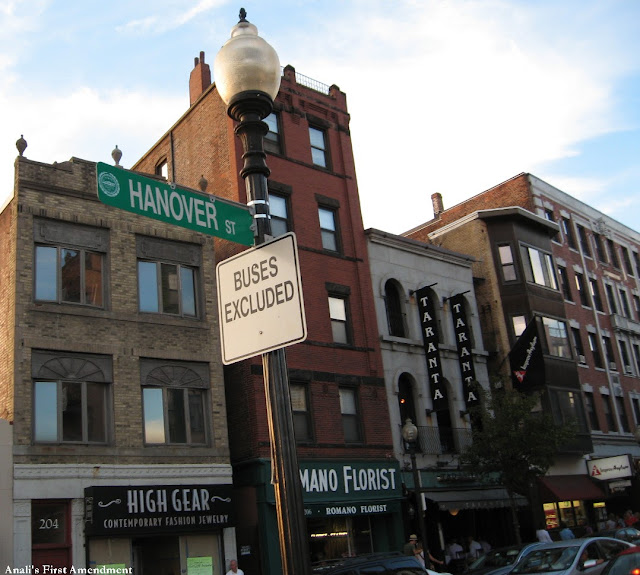 We walked through the North End and you can probably imagine some of the smells. Garlic bread, tomato sauce. Most of us smelled a general smell of grilled meats. It's probably one of the most common smells that I noticed. Kind of smoky.

At one point, we all smelled grilled fish as opposed to general meat. A couple of people thought calamari specifically.

I was surprised that I didn't smell more pastry and baked goods. Especially when we walked by Mike's Pastry. That box is iconic as Tiffany's! It's everywhere! Taking the train on the way home, I met some tourists here from Toronto. They had a Mike's Pastry box and said that they saw them everywhere and couldn't leave without finding out what they were all about! 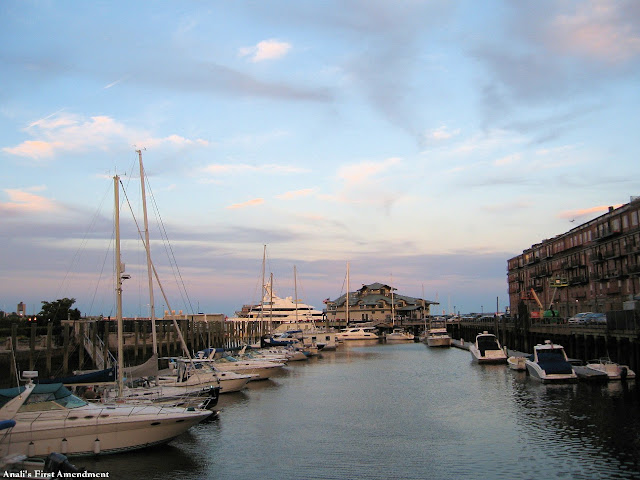 Walking by the water, we smelled the sea. To me it was salty and earthy too. I noticed a breeze that wafted in -- the scent of soap from someone standing nearby. Then that smoky grilled meat smell too. It's quite amazing how smells come and go.

Our walk was recorded by Sarah Reynolds for North Carolina Radio and I'm looking forward to hearing it. I'll update this post with links when it's available.

At one point I smelled dust and sand by a construction site. We went by another site and there were workers out laying bricks. Sarah and Kate asked one of them what he smelled when working on the site. His answer was priceless. It was almost 9:00 and a perfect summer evening in the city. What did he smell? Money.

Margie said…
Thanks for the "smelling" tour Lisa.
I would have enjoyed being there!
My favorite smell would be of the sea and great picture!

Been so busy, not much time to visit you lately.
I will catch up on your other posts soon.

Can-Can said…
Great post. I have a fairly sensitive nose and one day was walking past someone's home that had lots of mint in the yard. A breeze came and I was in mint heaven.
My nose sensitivity makes it difficult for me to be around too much perfume, however, so no visits to the perfume departments of Macy's or anther store. I don't even wear scent (and I come from a family of women who have their signature scents).
Thanks for sharing your experiences.
8/12/13, 7:43 AM

Lisa Johnson said…
can-can - Glad you liked it! Since the smell walk, I'm even more aware of scent and noticing how others describe scents as well.
8/12/13, 8:18 PM