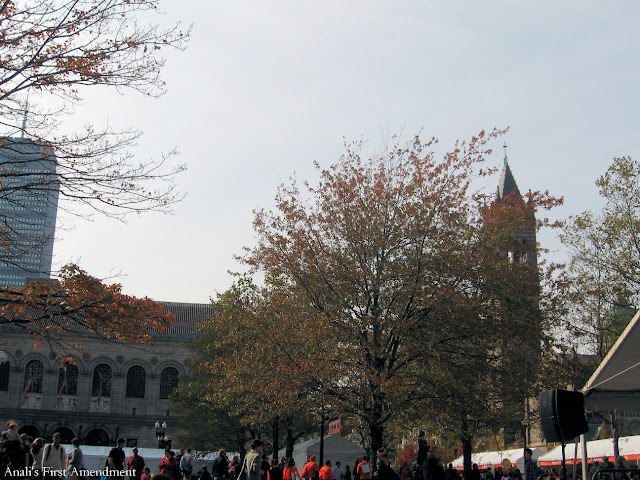 These are some scenes from the Boston Book Festival last weekend. It was a perfect fall day. Warm and calm before the storm. 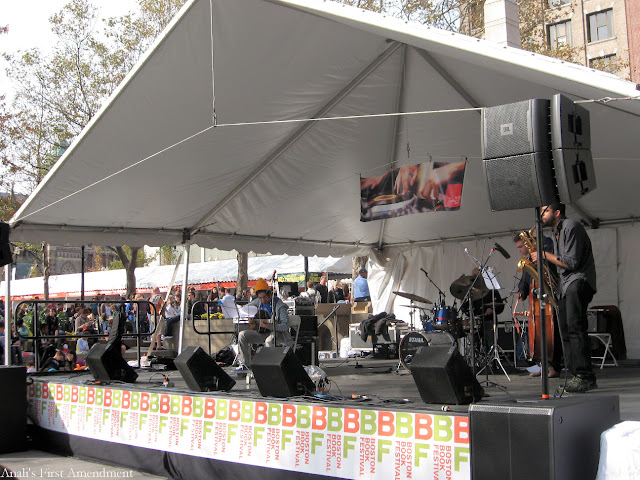 A jazz band played some smooth tunes. I sat and watched for a while before visiting some of the vendors.

I enjoyed Secrets Of The Advice Columnists. It was surprising to hear Meredith Goldstein mention that she receives so many emails from men complaining about their girlfriends!

It was also surprising to hear that Margo Howard, daughter of Ann Landers, who now has the column Dear Margo, has been married four times! An audience member asked her if she believed in love at first sight.  She said that it works out sometimes and that she had experienced it before. With husband number three!!?? 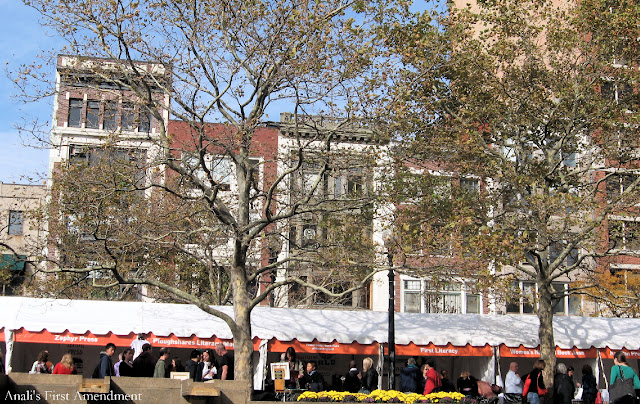 The other discussion that I attended was Triumph Of The City. My favorite part of this event was hearing Boston City Councillor Ayanna Pressley speak. She is such an amazing person. In regards to many issues in life and society, some people just don't seem to get it. Not only does she get it, she sees the big picture and does something about it. What a dynamo! She's so young too, but is making her mark in a big way.

Pressley was also talking about the idea of community and how people talk about their "hood" when referring to where they live or are from. Then she broke it down and spoke about how when people use that term, they have removed the word neighbor.

Quite a remarkable observation. When we remove the word neighbor, we are taking the people out of the equation of where we live. What does that say about community? Communities are, or at least should be, all about the people living there. Having people feel part of a community is vital to getting them to stay and not move somewhere else to find that feeling.

She believes that restaurants must be part of the discussion, because restaurants are gathering places and go a long way in fostering community. In particular, she mentioned Ashmont Grill in Dorchester as a great example of a restaurant bringing people together.

Pressley mentioned that liquor licenses are a big issue when it comes to restaurants and that there is a great disparity in the number of liquor licenses in different parts of Boston. She said that the North End has the most, with 91, but Roxbury and Hyde Park have far less. She's actively working on this issue. It will be interesting to see if this changes. Having more restaurants spread around different parts of Boston would be a great thing!