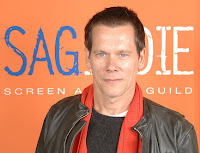 I'm sure there are many variations of how it was played. But when I played it several years ago, we would try and connect Kevin Bacon to any random actor or actress with fewer than six people by the movie that they were in. I didn't play it that many times, but I don't think we ever found someone who wasn't connected to him by just a few people.

Kevin Bacon also has a charity called SixDegrees.org, based on the concept that we're all connected to any other person by six or fewer relationships, because it's a small world.

Why am I randomly writing about Kevin Bacon today? I was looking at a profile on LinkedIn and saw that people who looked at that particular profile also tended to look at Kevin Bacon's profile.

So of course, I clicked on his profile. I had to know. How many degrees of connection between me and Kevin? Three.

For those of you on LinkedIn, what's your number?

dmarks said…
I haven't tried Linkedin yet, and am not sure what it is.

I'm separated from Pres. Obama by a few degrees. The same was true of Clinton. However, the connection there went through Monica.
7/24/10, 12:40 PM

Sharlene T. said…
I've performed with Evan Rachel Wood who was with Kevin in Digging to China... does that make me one degree or two?... whatever, you're now one step closer!... come visit when you can...

Lisa Johnson said…
dmarks - It's a business networking website. We really are all connected pretty closely, it's just figuring out how.