Bonjour mes amis! Okay, if I try to write much more French here, Bastille Day will be over. And those of you who are fluent in French will wonder why I'm destroying the language. 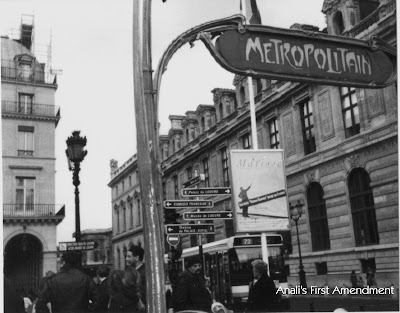 I thought that I'd share some very old pictures from when I visited Paris. I had the best time. What a beautiful city. Strangely, I never felt more American than when I left the United States. 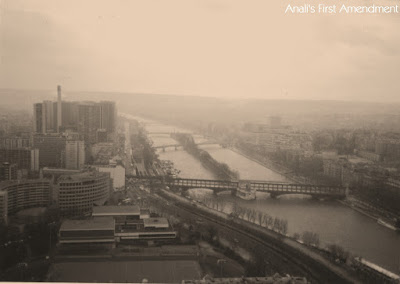 I studied French in high school and for a couple of years in college. I realized that I actually did remember more French than I would have thought. But I also carried three English to French dictionaries with me at all times! I always spoke French first, no matter how horrible I sounded.

Many people took pity on me and spoke back to me in English. But some spoke to me in French and I relished the chance to practice and get outside of my comfort zone for a bit.

The first sentence, if you can call it a real sentence, that I remember speaking in French was this. "Une serviette, s’il vous plaît?" I was getting something to eat. Of course I was! And was so excited when I actually received what I asked for - a napkin. I guess it didn't take much to make me happy.

At one point, I was talking to someone and trying to say "over there." It took me about a half an hour to figure out that it was "la-bas." For as long as I live, I will never forget that!

And this picture below, was from my second day there. I went on a group tour, but took off on my own for the rest of the trip. 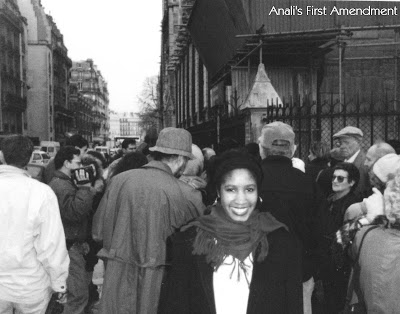 Suldog said…
The only French I ever remembered from my lessons in high school - "je Mal A La Tete." It means (literally) "I am sick in the head", but is supposed to signify that you have a headache. Of course, every schoolboy from my era recalls the "Voulez-vous couchez avec moi, c'est soi?" from the LaBelle song.

Malathionman said…
Hey Anali, I gained a pound looking over your blog.

I took french in high school so that I could hook up with a girl named Tammy Bonneville. She dropped the class two weeks later. :(
7/17/08, 6:04 PM

fifi flowers - Welcome! Thank you and I will definitely be coming back to your site! : )

malathionman - Welcome! Well you gained less weight than many! ; ) Too bad about Tammy. Imagine if she were commenting on another blog about how she should have never dropped French!
7/18/08, 8:30 AM

Anonymous said…
A long time ago I was driving around Paris and, completely lost, stopped for directions. The man said "Tout droit", which, since tout means always, and droit is right, I took to mean, keep turning right.