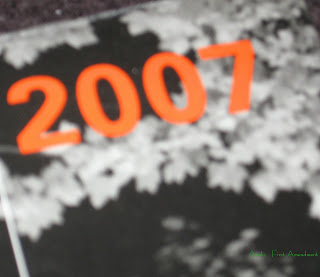 How do I sum up a whole year? I don't think I can. Overall, I feel like 2006 was a good one. There were some years that I just couldn't wait to be over. I don't feel like that about 2006. Like the line from an old Sinatra song, "It was a very good year." Were there some challenges and troubles? Yes, but that is part of life. 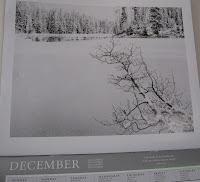 In 2006, I started blogging. I've so enjoyed joining the blogosphere and getting to know many of you who have dropped by and left comments, sent emails. It's been a far more enriching experience than I could have ever imagined. And with each new comment, it's still a thrill, like Jody Watley said. Thank you for stopping by and participating in the discussions and lending support! And if there are any lurkers out there, well I thank you too!

Depending upon who you listen to, Castro is recovering, dead, or hanging on by a thread, no pun intended. There are only so many superstar soul singers left and only four remaining living presidents. If there is another strange trio death like this in 2007 or 2008, I guess I wouldn't be shocked. Well, that is my random rambling sort of prediction for the future.

Anyway, I'm not really a big New Year's Eve person. I'm still not sure what I'm going to do tonight. But I do love New Year's Day. I always feel like it is a clean slate. The first day of the year anything is possible. It's all new, fresh, and sparkly, like polished silver. So Happy New Year to you all! See ya in 2007!
Email Post
Labels: bloggers

PunditMom said…
Those are odd coincidences!

Have a Happy and Prosperous 2007!
I guess you could listen to a little James Brown today ; )

Jody Watley, I might still be able to find the poster I had of her from 'Right On' magazine when I was just a teen. She was awesome!

Like the new picture, I see the camera is working for you. Have you got the settings and batter life ?'s answered ?

Have a great day..its raining here; which means Dream Girls is on the to-do list.

Sai said…
THat is indeed such a strange coincidence! I had not even thought of it.

Like you, I, too, believe the first day of the new year is like fresh untrodden snow and it thrills me to have a new chance at everything!

So glad to have "met" you and here's to more camaraderie in the new year. Wishing you a wonderfully happy and healthy one!
1/1/07, 5:17 PM

karrie said…
How bizarre, but you're right of course. I just noticed a glaring typo in my link to you--I really can spell amendment.

Nidhi said…
Here's Wishing you a very Happy New Year Anali. May God bless you and your family with all the happy things in this coming year.

starry said…
It is a strange co incidence.did not even notice it.I am so glad you started blogging and I met you.Happy new year to you.wishing you a bright and wonderful year.
1/1/07, 10:03 PM

Lisa Johnson said…
sanjay - Thank you and Happy New Year to you too!

punditmom - They are odd indeed! A wonderful New Year to you!

dezel - All the best to you in 2007! LOL! That's so funny about the magazine. Jody Watley definitely had some great songs back in the day. I'm still figuring the camera out. How did you like the movie?

wheresmymind - I'm glad to have found you too! You know that I drool over your pictures!

lotus reads - I really had fun planning with you last year. Here's to more fun and surprises in 2007!

karrie - LOL! I didn't even notice it. I appreciate the link however you spell it! : )

nidhi - All the best to you and your family in 2007 too! And continued success with the voting on your recipes!

Nance said…
I'm just now back from my self-imposed exile from the computer during the Christmas Week, Anali. Hope you had a wonderful holiday. I start back to school tomorrow, and I'm more than ready to get at it. Too much lazing around; my mind is turning to pudding. Here's to hoping that Year 007 is the one that we Dems have been waiting for!
1/2/07, 10:51 AM

Lisa Johnson said…
nance - Happy New Year! Glad you had a relaxing vacation. By mid-month we should hopefully see some changes. Nancy Pelosi had pledged to do a bunch of things in the first 100 hours of Congress, including raising the minimum wage. I hope she does it!

keshi - Happy New Year! I ended up going over a friends house for a while, then I was just home and on the phone for about 4 hours. I hope you had a good NYE. Anything exciting?

suttonhoo said…
happy new year, Anali! so good to get to know you through these pages -- can't WAIT to see what you turn out with that new camera of yours. Woo Hoo!
1/6/07, 9:23 AM

Lisa Johnson said…
suttonhoo - Happy New Year! So good to know you too! Your photography has been and continues to be an inspiration to me, so thank you!
1/6/07, 10:46 AM