Can A Customer Get Some Service? 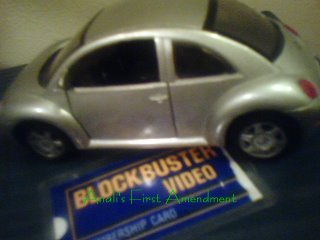 You know I don't usually rant, but I'm not happy with some recent customer service and need to vent. First, full-service gas stations. Remember when they would come over to the driver's side window and ask what you wanted? I think I even remember them cleaning the windshield when the gas was pumping.

I used to go to a self-service gas station most of the time. Recently, I noticed that the price of gas was dropping faster at a full-service station that was closer to my house than the self-serve one. The first time I went there, the attendant comes over to the passenger's side window, which I always keep closed. I motion for him to come over to the driver's side window, which is open and where I am obviously sitting. He makes a face and comes over. I have manual windows and when I reach over to roll them down, I always do something weird to my neck, so I try to avoid it.

The next time I go to the station, he does the same and I do the same. He makes an even more obnoxious face and comes over. He asks if I can roll down the window. Now, I'm getting sick of the attitude. I tell him that I have manual windows. He says that he is tired and doesn't want to have to walk over. Well, isn't it his job to walk over?

I freakin' get out of the car with my money, walk over and hand it to him, saying "Here, so you don't have to walk over." I said it calmly and specifically try to avoid doing the angry black woman thing. I asked him if he was going to get mad every time I come here and ask him to walk over. He said that he is on his feet all day and gets tired if everyone asks him. I explain that I have manual windows and it is difficult to reach over and roll down. He looks at me like he couldn't care less, so I say very calmly, "Fine I won't be coming here again." Is it so unreasonable to want him to walk over? I guess I'll just go back to the self-service. Their prices went down too and I won't be stuck with either pain in the neck.

Okay, second. My local Blockbuster Video, also in Quincy. I have the Blockbuster online service. It's just like Netflix, but for the same price, I also get a free coupon every week to do an in-store rental. I'm ready to cancel my service and join Netflix. I give them my coupon every week, so they know I have the online service. The credit card information that I originally gave them when I first received my membership card has since expired. However, in their computer system, they have my new credit card information for the online service.

What the f---? I didn't say it, because I don't really swear, except for when I'm driving. Hey, I'm in Massachusetts. It really is a pre-requisite.

Now with all the security breaches at big companies nowadays, I hate giving any information to anyone, but what are you gonna do? Well, at the very least, I can not give them my information in duplicate, so that when one of their employees takes their laptop home without permission and it's stolen from their car or house, maybe, just maybe my credit card information won't be there, because I only gave it to them once! Man!!! Okay, that's it.
Email Post
Labels: Blockbuster Video gas stations Netflix rant

Nance said…
You have GOT to be kidding me with the gas station attendant! What a jerk. "I'm tired; I'm on my feet all day..." What? Does he think you DRIVE AROUND ALL DAY, SITTING IN YOUR CAR?!?!?!?! I would have pulled around, gotten out, gone in and asked for a manager, and if one wasn't available, I'd have asked for the name, telephone number, and mailing address of the regional, district, and corporate office managers. Along with this idiot's. And then I'd write some letters. Trust me, anali; I do some consumer advocacy complaint work on the side (no legal stuff), and this is the stuff that I get involved in all the time for other people. Don't let this moron get away with this!
10/4/06, 8:40 PM

Lisa Johnson said…
wheresmymind - I can laugh now, but I couldn't then! : )

nance - Believe me, I'm the first person to do the letter writing and phone calling thing, but I have to choose my battles and this isn't it.

It's worth a blog rant and not much more. This guy is an idiot and I'm sure he'll eventually get what he deserves without my further involvement.
10/4/06, 11:45 PM

Margie said…
Maybe the poor baby was just having
such a hard day at work(on both day's)and just could not walk around to your window!!!!!

I have my doubts he will be at that job much longer!

Not doing a job the way one is supposed to be doing is not conducive to keeping that job!

Anonymous said…
"I motion for him to come over to the driver's side window, which is open and where I am obviously sitting. He makes a face and comes over."

starry said…
Sometimes even if we are tired we are still expected to serve the customer with a smile.I think thats what is aceepted of a sales person. I think he just did not feel like doing it.
10/6/06, 11:47 AM

Lisa Johnson said…
anne bucoy - I agree the customer was right this time!

samuru999 - I wonder how he has lasted this long. So bizarre!

ankit - Thanks for stopping by! That's what I thought the first time, but he seems to have a bad day every day.

avila - That is the worst when you get the eye roll!

Anonymous said…
Since I left New Jersey as a teenage, I'm not used to full-service stations, but the experience you described would have sent me to the managers office with a vow to take my business (and that of anyone that would listen to me) elsewhere.

Lisa Johnson said…
gunfighter - Welcome and thank you for the kind words! Well, I'm not going back to that station, even though it was pretty convenient. I'm back to self-serve and will save my energy for something more meaningful.
10/11/06, 1:58 AM