In Vino Veritas - Part I 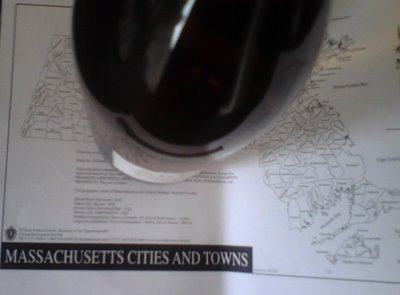 Wine is alleged to bring out the truth. So just what is the truth about shipping wine into Massachusetts? In May 2005, the U.S. Supreme Court issued the Granholm decision which was supposed to make it clear to states that they cannot discriminate against out of state wine shippers. I cannot even pretend to have read the entire decision. I scanned it pretty quickly, but the way the court ends the decision sums up the issue quite nicely.

"States have broad power to regulate liquor under §2 of the Twenty-first Amendment. This power, however, does not allow States to ban, or severely limit, the direct shipment of out-of-state wine while simultaneously authorizing direct shipment by in-state producers. If a State chooses to allow direct shipment of wine, it must do so on evenhanded terms."

I had been following this case since I heard about it. A few years ago, I was in California for a conference, which included dinner in Napa at Robert Mondavi Vineyards. It was wonderful and of course I wanted to ship some wine home just like everyone else seemed to be doing. That was when I found out that I was not allowed to ship wine into Massachusetts. I was really stunned. I figured it was some weird fluke thing and they had their information wrong.

A few days later, I visited family in Sonoma and went to another Vineyard. Same thing. I figured maybe it really was the law. So when I heard about the case, I was really interested. When I heard the decision, I was ecstatic. Then I heard that each state had to amend their own laws in accordance with the decision. Then I was just confused. I heard that several bills wound their way through the legislature and one of them had been signed into law. I wasn't really paying too much attention, but figured I should be able to order any wine I wanted.

Several years ago, I had given my father a wine-of-the-month club membership and that had seemed to work. Looking back, maybe they should not have sent it to him. I still don't understand it. Anyway, I recently discovered a very nice wine blog, called Virginia Vine Spot. I read about a Raspberry Merlot that sounded quite good. I wanted to order it for my parents 44th wedding anniversary. I emailed the vineyard owner and was told that he did not think it was legal to ship into Massachusetts. Again, I thought this had all been cleared up. I was curious, so I went to the Robert Mondavi website to see their shipping rules. The same thing! When will this madness end??!!

Now, I am on a mission to find out the truth. I'm waiting for some return phone calls and looking up some statutes. But alas, I have to go to work and earn some money, so I can actually afford to buy some wine. This post will have to be in two parts. Wish me luck!
Email Post
Labels: Massachusetts shipping Twenty-First Amendment U.S. Supreme Court wine

Nance said…
anali--you want some really aggravating wine statutes, try reading ohio's. we pay more for wine, regardless of its origin, than anyone else in the union. the famous "two buck chuck" is THREE BUCKS in ohio. we can't order wine online, have it shipped in from anyplace or anything. just another reason this state disappoints and infuriates me.
8/17/06, 8:33 PM

So sorry to hear about the wine laws not allowing the vino into your state; some things just are not right. That really stinks; I mean what if you wanted some different terroir on your palate. I suppose you could always find different at stores, but those are usually mass produced, what about the smaller producers with quality and sometimes unique products.

I hope you find something really nice in the local stores for your parents to enjoy. For your reader, Two Buck Chuck is 3.24 here in VA and sold at Trader Joes; many people love it, perhaps I will try a bottle myself …what a deal of a price. I think in CA they pay the two bucks (not sure).

Thanks for the kind words as well Anali, you are a wonderful writer and I really like your page.

Heading for the water this weekend?

Lisa Johnson said…
wheresmymind - I think I may have found my niche - food law!

nance - Such a shame about the Two Buck Chuck. I wonder why it costs more?

dezel - I'm not yet convinced that it is actually illegal to ship it in. From what I'm reading, it seems that there are many hoops that shippers may have to jump through in order to do it, but if they want to they can. I still have some investigating to do though. I'm not sure if I'll make it to the water this weekend. We'll see...
8/18/06, 1:22 AM