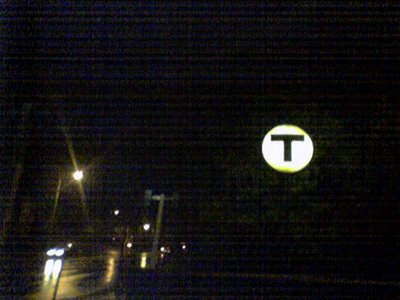 That night the moon was full and people were acting accordingly. It’s amazing that depending upon the moment you see someone, they can appear so differently based on their choice of words, actions, and general demeanor.

They zoomed in on a pretty young woman, maybe about nineteen, and stood near her talking about what they would like to do her – in more graphic terms than I would like to write here. Although she was not that many years older than them, she reacted to them as a parent. “If I were your mother, I’d smack all of you,” she said. Clearly they were unprepared for her response and just stared at her blankly.

After a couple of minutes, the train pulled into the JFK stop and the biggest boy of the trio got off. The little one, the loudest of them all, who had previously been talking “shit this” and “bitch that” among other sordid things – suddenly sat in his seat quietly and gazed down toward the floor. If you had just walked in, he would have looked like the sweetest freckled-faced long-lashed little boy you had ever seen. Transformed right before my eyes.
Email Post
Labels: Braintree full moon Red Line Subway Stories train

SgtMajor said…
moon
there is moon too at sunday
im in indonesia
so it must be the same moon we saw
anyway the girl is great
5/16/06, 6:44 AM